“Camp Sawi” revolves around a fictional retreat resort located in Bantayan Island, Cebu wherein guests can stay and join in activities that can aide them from moving on from their heartbreak. The movie focuses on the heartbreak of five women namely Bridgette (Bela Padilla), Gwen (Arci Munoz), Jessica (Yassi Pressman), Joanne (Kim Molina) and Clarissa (Andi Eigenmann), their coping process and how they eventually moved on.

Going in, I was expecting it to be a tacky hugotfest; hugot lines turned into punch lines to romanticize heartbreak. Fortunately it wasn’t like that. Camp Sawi was honestly interested in exploring the grieving and recovery process of each of the camp participants. The movie spent time in expounding the backstories of each woman to make it easier for the audiences to understand their present coping mechanisms. Overall, the movie’s introspective intention was refreshing, even though it did make its tone heavy.

Peppered throughout the movie were laugh out comedy scenes that inject the needed energy to its somber mood. Jerald Napoles once again proved why he’s the most impactful comedian (scenes over audience reaction) in local film. The nuanced weirdness of his characters have always been scene stealers since English, Only Please.

Sadly, the focus on the five main characters came at the expense of fleshing out the other parts of the story. I was interested on Sam Milby’s motivations in creating Camp Sawi but it was not at all explained in the movie. Was Sam honestly concerned in helping the girls to move on or was he just in it to swoop vulnerable girls off their feet? That could have helped the audience to have a better appreciation of the context because, honestly, he’s basically the Professor X of Camp Sawi. (On second thought, was Sam the really owner of the camp? Maybe he disposed of the real owner to take advantage of the women????)

In addition, the film had difficulty in cleanly weaving the different storylines of the protagonists. Transition was sometimes abrupt and too often that made the flow incoherent. The last ten minutes were especially confusing as the film presented what happened to each character after the camp.

Overall, Camp Sawi’s concept and intentions were honest and refreshing, but just fell short with its execution.

Welcome to the first episode of the TILL I MET YOU PODCAST by POP PHILTRE!

Nenz, Rein and Euge discuss the trailers, the first episode, JC Santos and the other cast members of TIMY

Pokemon Go has taken up the Philippines like a storm. People are swarming public areas in hopes of capturing a walking onion, a mouse with jaundice and a singing ball of cotton candy. Social media’s filled with posts of captured pokemon. Heck, even primetime evening news just covered it.

Just considering how, for the last week since the game’s launch, the country has been experiencing heavy monsoon rains; and yet mall execs anecdotally claim that their lure parties increased foot traffic this last weekend.

So if you want to be the very best like no one ever was without getting robbed, hitting doors or receiving the ire of non-Pokemon Go players, here are a few practical tips that I’d like to share with everyone.

Here are the tips I can share with you guys right now. We’ll continue covering Pokemon Go every time updates are added to the game (waiting for trading!). If you have any tips yourself, feel free to leave a comment in the comments section below.

Yes, we’re not done yet with naming our Pokemon.  You can also check out Part 1 and Part 2! 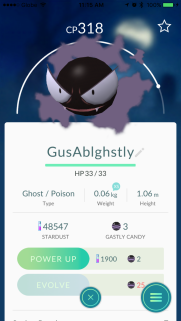 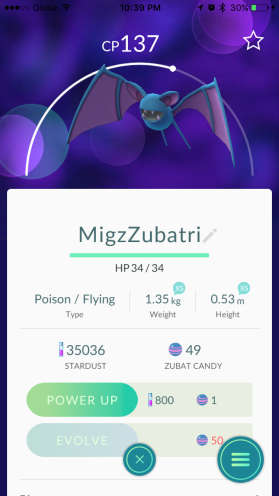 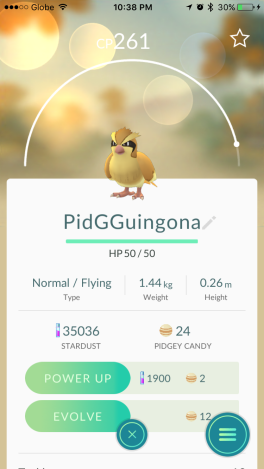 We continued naming our pokemon after pinoy celebrities and characters. If you haven’t seen part 1, follow this link here. 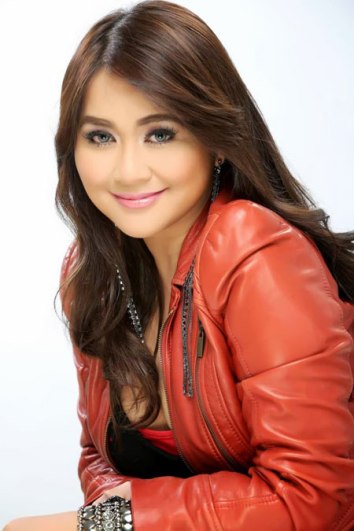 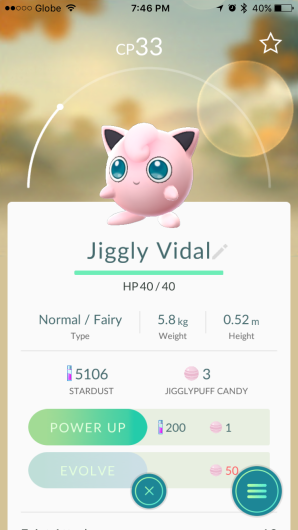 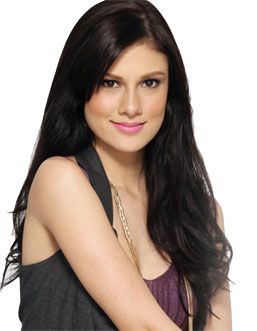 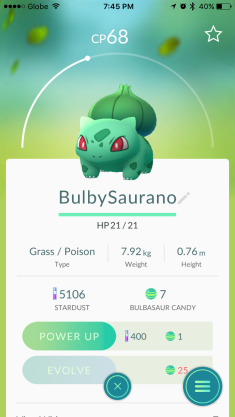 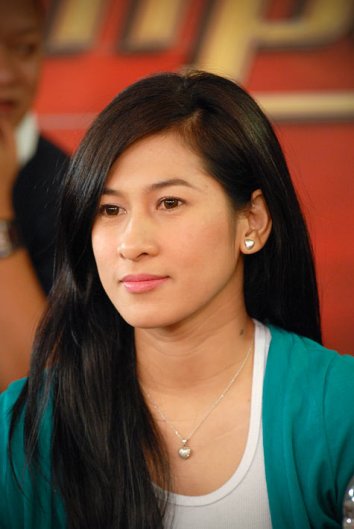 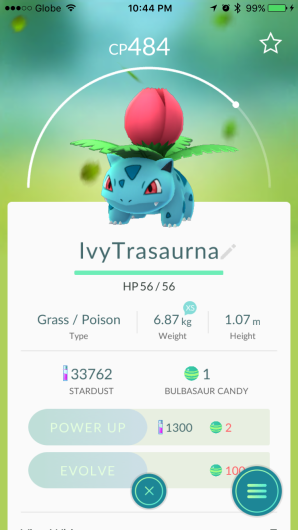 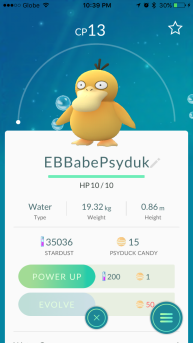 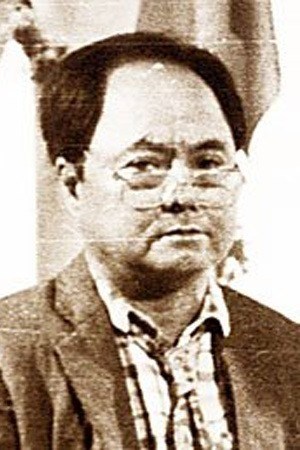 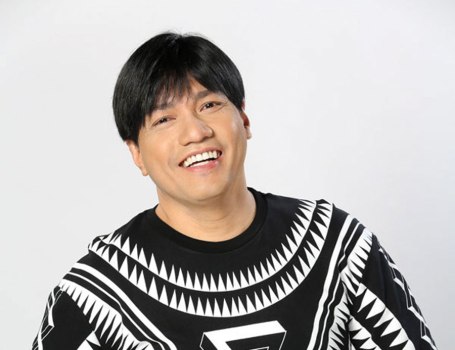 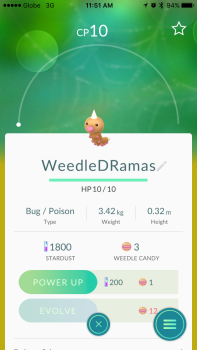 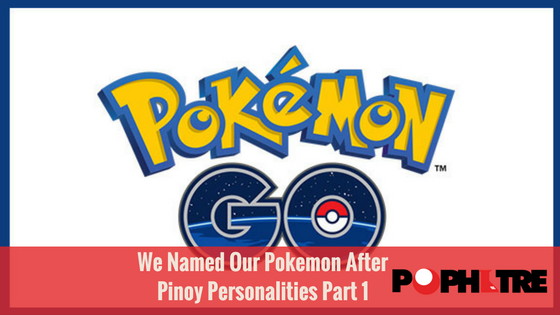 After a month of waiting, Pokemon Go is finally released in the Philippines. To celebrate its launch, we decided to “Filipinize” the pokemon we caught by naming them after Filipino celebrities and characters. Here are some of our freshest catches from the game’s first three days! 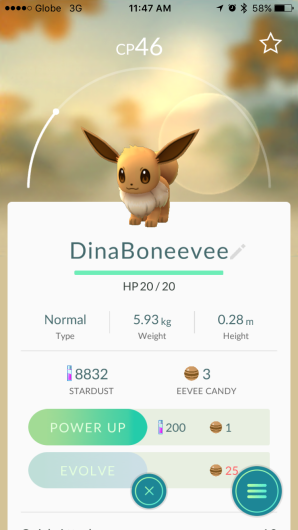 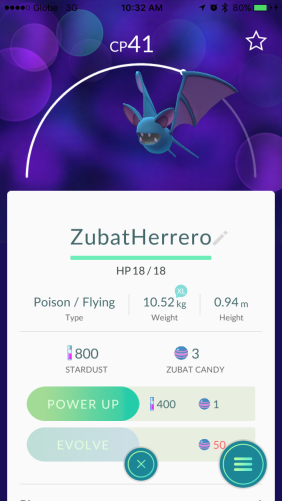 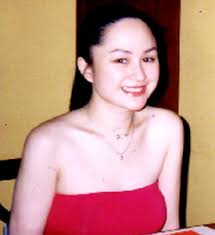 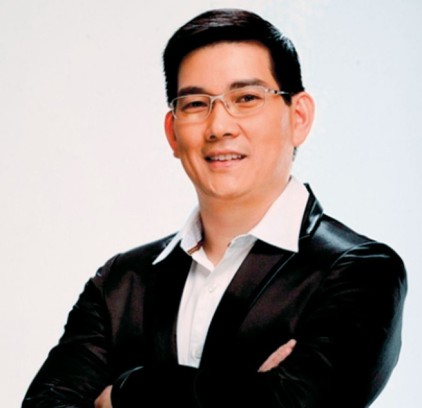 Watch out for our part 2!

Spunky Gara (Maine Mendoza) admits she has tough luck when it comes to her love and life. Her potential boyfriend came out of the closet and, for reasons not cleared in the movie, she also had to leave her family to work in Italy as a housekeeper and dog walker. Bad luck seems to follow her to Italy as she meets Andrew (Alden Richards), a brooding guy who’s probably suffering from untreated PTSD after his dad died in a car accident and his proposal rejected by her girlfriend, Isay (Jasmine Curtis-Smith). After starting off on the wrong foot, they eventually fall for each other. Will Gara’s self-fulfilling prophesizing get in between her and Andrew?

Imagine You & Me was okay. It had the Kalyeserye callbacks from the dubsmashing, the pabebe wave, the splitscreen romance and the lines (“grabe siya”, “Regine! woooo!”). It surprised me that these references were smoothly inserted in the movie and weren’t abrupt as they were in My Bebe Love. Photography was well thought out more than the usual GMA film (my previous experience were from MMFF films). They had a lovely tracking shot in the early part of the movie that was a good translation of their split screen style to film.

Although what was off-putting was how the writers had to include all the possible melodramatic tropes in the movie. Stepson hates his stepmother? check. A “mahirap man ako pero hindi ako magnanakaw” monologue? check. Drunk videoke? check. The confide something while the other person’s drunk or sleeping? check. A car accident? check. I have no issues with using tropes. They make it easier for viewers to establish a connection with the movie; helping in setting up the possible permutations of events that can happen in the movie. But using tropes just to have drama doesn’t cut it for me. SPOILER TERRITORY: What was the purpose of Gara getting hit by a car at the end of the movie? Car accidents in pinoy movies are used to enact a change of heart in a character. It’s basically: “dapat patawarin mo na siya dahil pwedeng mamatay siya”. In the movie, Andrew was already all-in on Gara. Did we really need that scene

Also off-putting was Gara’s decision in the end. The movie could have been 30mins shorter if she just decided to be mum about Isay being in Italy. She rationalized that her decision to meddle in the lives of Andrew and Isay was for their own good. But was it really for them or just so she can continue her “malas sa lovelife” narrative? Andrew and Isay were already done with their romance! Isay wanted to die alone. Gara already cured Andrew’s PTSD with her energy! Wala nang kokontra! But she just couldn’t help but self-destruct. And just to add, forcing a trauma survivor to revisit their trauma is so unnecessary.

But overall, it was an okay try for a first movie. It had high-level production value, strong supporting cast but muddled by story decisions. It reminded me of how the first full-length John Lloyd-Bea film was also just okay. It doesn’t stand out compared to the other films they had afterwards. Again, it’s good that they started on the right footing. Just a few more reps and they might eventually hit their own One More Chance.

The Achy Break Hearts tells the story of Chinggay (Jodi Sta. Maria), a thirty-something lady bemoaning her apparent inability to settle down with a guy. It also doesn’t help that her other relatives judge and ridicule her for it (based on the laughs in the theater, a relatable experience I guess). After a seven-year dry spell, she suddenly gets attention from two strapping beaus: Ryan (Ian Veneracion), her work client who just came from a relationship and Frank (Richard Yap), her long-time ex-boyfriend who cheated on her seven years ago. Will she choose the broken guy? or the guy who broke her heart?

I had low expectations from the movie given the template romcom premise and that the three main cast members were part of Jadaone’s All You Need Is Pag-Ibig– the director’s weakest film in my book. But since it’s a Jadaone film, I had to watch it. I cannot turn away from the director that shined the spotlight on Lilia Cuntapay and Brgy. Captain Boy English.

The film did not disappoint. It had the Tonette Tropes (see below) that I always welcome; but most especially, it had a strong message to say. Given the popularity of her films, Jadaone has the right platform and connection with her audience to impart wisdom on society’s unfair expectation from Filipinas since time immemorial. Moreover, a round message such as what TABH has doesn’t have a place in a square genre like the romcom. The romcom is an archaic genre of film. Its roots can be traced back to old Disney fairy tales wherein the female protagonist is swept by her prince to live happily ever after. A message like this doesn’t have a place in a romcom film but somehow, Jadaone managed to fit it in.

And by managed to fit it in, I honestly meant that I don’t know how it got there. The third act was messy especially when the characters started their exposition on their understanding of what love is. A character early in the movie professed adamantly that people should fight for their love, but would later leave this person’s loved one because that’s how this character understands “fighting for your love”. I’m not sure how many mental flips you have to do to land that logic but “flight” is the direct opposite response of “fight”.

But even with that muddled end game, overall, it was still a solid romcom with a strong statement. I still have to give props for that.

Juan and Euge discuss the finer details of the awesome season finale: How was Varys able to teleport and Arya to fast travel? Why Doran Martell had to die? Why was Sam included in the finale? And so much more!

Juan and Euge break down this week’s phenomenal episode of Game of Thrones. They discuss the set pieces in the Battle of the Bastards, the misuse of Rickon, sexual tension between characters as well as micronutrient deficient dragons